Crime rates in Mنnenberg decrease due to Zikr (photos, BBC)

Cape Town: Islamic teachings in South Africa are turning the region into a haven of peace that was once considered a hotbed of murder and drug trafficking.

According to the BBC For the past three years, Sheikh Muqaddam Ishaq Salik, an Islamic preacher and theologian, and his associates have been holding dhikr ceremonies every Thursday in Maine, attended by 100 to 400 people.

More important than the number of participants in this dhikr ceremony is the fact that we have been holding it uninterruptedly for the last 3 years and it has been happening that as soon as the dhikr starts, the firing in the ongoing gang war stops.

The organizers of the Zikr ceremony say that unless the government makes the right policies, it will not be possible to completely eradicate crime from the area. In addition, there are problems due to the dense population that need to be addressed. This part of the population needs better housing. 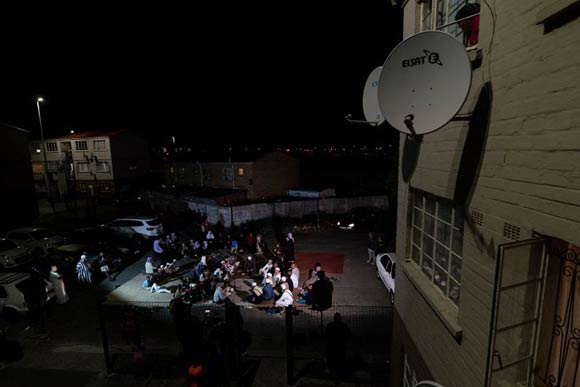 This area of ​​Maine, located in Cape Town, the capital of South Africa, was razed to the ground by the then white racist government in 1960.

At the time, South Africa's white racist government similarly divided the population on the basis of color and race, and often on non-white people. It was settled in the backward areas of the city.

The town is said to have a population of 52,000, the majority of whom are Christians. Unemployment and poverty led to the formation of criminal gangs and later killings between them and the area was engulfed in gang warfare. 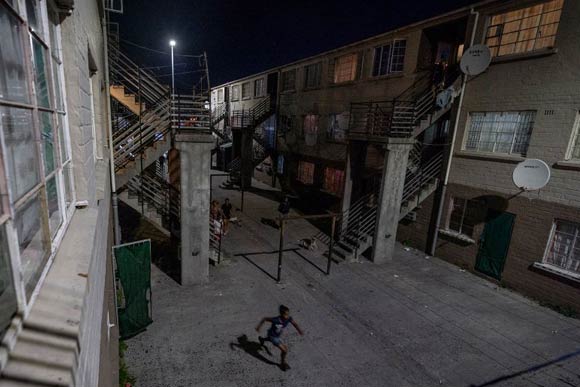 Remembrance ceremonies held in Maine. The perpetrators belong to Cape Malaya, a Muslim community of Asian descent who have lived here for generations. This community mentions the names of Allah Almighty in its own way. Freshly prepared food is also distributed after the ceremony, which they call 'Niaz'. 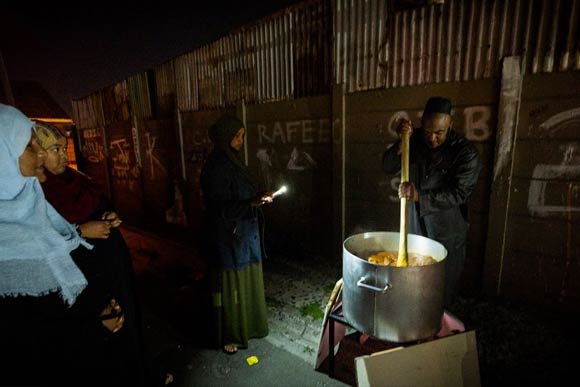 According to the BBC, until 2015, Menenberg was declared a red zone, but here The crime rate has come down in many areas after the dhikr ceremony and many criminal gangs respect the dhikr ceremony and do not interfere with it. In view of the improved law and order in the area after the commemoration ceremony, the local police have also given awards to the organizers of the commemoration ceremony.

Members of the local Christian community also participate in the remembrance ceremony. The religious leaders of the Christian community are also invited to speak. Generally, Muslim scholars discuss social issues such as peace and love and respect for relationships. Therefore, our soul wants us to hold a dhikr ceremony here every day, but this is not possible due to lack of reasons.

The organizers say that they want to create harmony in the local population first and then from the area. Initiate joint efforts with government agencies to combat drug trafficking and crime.