The issues discussed in the play are common in our villages and government schools, actress

Karachi : Notice has been sent by PEMRA on the drama serial 'Dil Namaed To Nahi' to which Yemeni Zaidi's reaction has come to light.

Pakistan Electronic Media Regulatory Authority (PEMRA) sent a notice to actress Yemeni Zaidi's play 'Dil Naamid To Nahin' stating that the real concept of society was not presented in the play. In accordance with the code of conduct of PEMRA.

On the other hand, in an interview with the British Broadcasting Corporation (BBC), the actress Yemeni Zaidi said that I am not happy with the notice of PEMRA, although my projects have received notices before but Notice on this drama bothered me because this drama has a special status for me and I watch every episode of it while people on social media are mostly talking against PEMRA's notice.

In response, the actress said, “I think I should not only work in showbiz, but every project of mine should have a purpose, otherwise dramas are made, but I choose the script wisely.”

The aspects that have been discussed in 'If the heart is not hopeless' are very important, we should talk about them and think about them. While the issues discussed in the play are common in our villages, government schools and streets, if we don't talk about them, will we just watch the news. 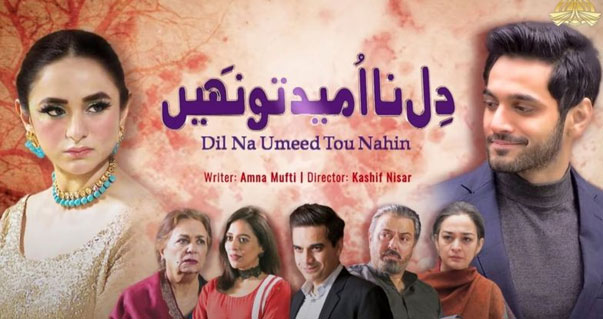 It should be noted that in the drama serial 'Dil Namaed To Nahi', child sexual abuse is discussed and Yemeni Zaidi is seen playing the role of a prostitute girl.